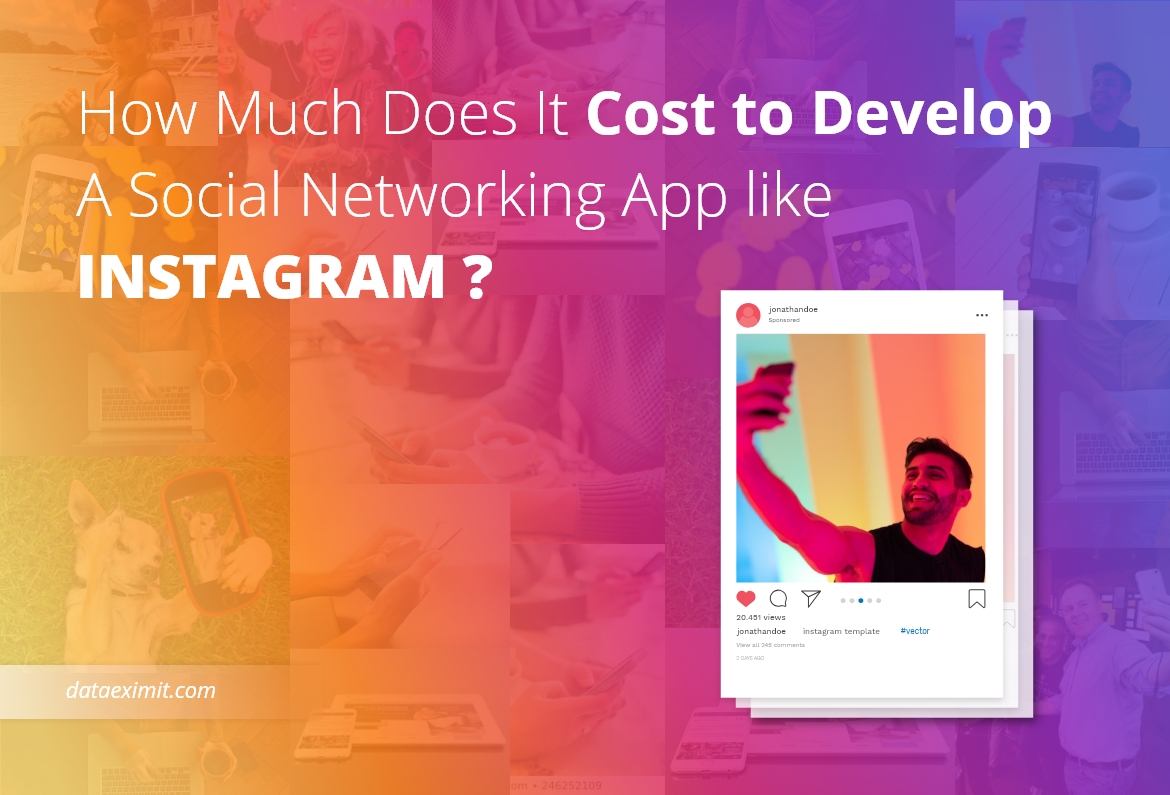 One of those apps is Instagram which allows the user to upload photos and videos with professionals like editing filters. Instagram started as a simple photo-sharing app, but now it is on the way to offer commercialization features to its users who wants to promote their business. If you also have keen to develop such an app, first you need to understand how the best mobile app development company determines the cost of the entire project because of course, the budget is one of the most influencing factors for your decision to make an app.

Ideas are great but even great ideas need to be tested first. Also if you have an innovative feature idea to build a similar app like Instagram or Facebook, you should first develop a prototype or MVP to get honest user feedback. This first step towards creating a successful Instagram-like app saves a lot of time and money. The reason for this move is easy to determine which is there are many apps like Instagram on different platforms such as Google Play Store and Apple Store. To be the best in the market, you need to have an exclusive feature that draws the audience’s attention, and after testing, you can carry forward with full app development.

The first your app users will see is creating an account or log in to an existing account even in MVP or a full-fledged mobile app. This authorization process allows you to collect primary user data in the backend of your mobile app. By collecting these data with the user’s permission, you build data that help you with decisions regarding the future development needs of the mobile app. Authorization of the new account takes place by SMS sent to a registered phone number or by an email link sent to the user. All these development of mobile app features requires around 65-70 hours of efforts by the best app developers. The registration can also be performed by connecting to other social media accounts like Facebook or Google account.

The next phase of the mobile development process is editing the profile. This must-have feature provides control to the user on how they want to portray them in front of millions of other users. Your project’s backend needs to be connected with this feature to establish a connection between you and your app users. This connection with the server-side of the application takes time to develop 48-50 hours.

Apart from photo sharing, Instagram introduced a messaging feature back in 2015. This move increased the number of users who wanted to send images to closed ones only and not sharing them on the platform. The real-time private photo sharing and messaging also requires notifications to be sent to users. To enable the notification feature, a developer creates an inbuilt device authorization request to be linked with Android or iOS. APN or GCM allows this process. Also, it is vital to protect the server from the heavy loading of messages. The server can be saved by using the RESTful API or HTTP. All these development processes consume 120-140 hours of your partnered mobile app development company.

The most important feature of your app which creates the base of the platform is uploading the photo and video. The users choose the images or videos from the gallery or can click a picture or shoot the video through app features. The backend for Android and iOS devices are built separately because the operating system works entirely differently from each other. For Andoird an app developer needs to use Camera API, android. hardware.camera2 API and surface view. While for Apple devices, a developer uses UImagePickerController, a part of the UIKit Framework. All these processes require at least 250 hours of app developers.

Only uploading a photo or video is nothing new anymore, the trend is of editing photos to make them more alluring and clicked by a professional photographer. This feature helps users to have the creativity for their content. For the backend one can use the source code to add this feature to your mobile app or a developer can entirely write code for new types of filters. This task takes up to 70 hours with the right mobile app development company.

Extra settings include giving the option to users to enable or disable the push notifications, preferred languages, and account privacy settings. To allow push notifications by the devices, the server needs to be connected with the Account server of Apple or Google. By providing an appropriate ID, the server sends a notification to users. This particular task requires 95-125 hours to complete by a single app development but much lesser with a mobile app development company.

Your user will click photos with their loved ones and will want to showcase their whereabouts with people and location tag respectively. This feature is implemented with the support of API, and for both devices, the development process and tools vary. For Android devices, developers use android. Location packages and map services and for Apple devices, developers need to use CLLocationManager Class and maps service using the Map Kit framework. The back-end receives singles after the front-end receives from a sensor/user. But to enable this feature user’s permission is required. The time to develop and connect these features is 24-30 hours.

Other than developing the various feature and overall mobile app like Instagram, Designs are essential for such kinds of social media apps. The app designs include User Interface and User Experience of the app. The mobile app development companies typically keep a team of Graphic designers who do this task. They use various tools and methodologies to bring out the best of your app features. A dedicated graphic design team takes around 60-70 hours to complete the entire look of a mobile app depending on the project.

Other than the cost mentioned above, there are hosting, domain name cost, and quality analysis check prices which are added to the final project. Now to determine the overall value of developing the social networking app which uses the photograph and other visuals to attract mass, hours of development are considered in the IT industry. Typically, a company based in the US and other developed countries charges $100 per hour of a team while app developers in India charge $20 per hour for the same project and with a relevantly higher quality of the mobile application.

To know about our prices to develop such a project and mobile application for various platforms, you can connect with our customer representative at Data EximIT.

Which all clients do you have served?

Our client list includes Fortune 500, Fortune 200, Global 2000 companies and along with some incredible potential laden startups.

Why Hire App Developer From DataExim IT?

We have years of experience in crafting the scalable digital solutions to a large variety of audience globally and we have ensured to create unmatchable ROI for the audience.

Which all services do you offer?